My first memories of Gordon Lightfoot are hearing his music coming from the old transistor radio in the corner of the kitchen in the house where I grew up in Ancaster, Ontario. Late seventies, early eighties. The radio was always on. I remember hearing Buddy Holly for the first time. I remember Barry Manilow and Abba. And I remember Gordon Lightfoot.

I remember hearing Lightfoot’s song ‘the Wreck of the Edmund Fitzgerald‘. I remember learning to sing it with my grade school class. The teacher handed out those intoxicating copies produced by Ditto Machines with the lyrics hand written and printed on the page in a pale purple. I remember the song was playing on a big buttoned cassette player that had been placed on a desk at the front of the room.

If our schools were teaching us the songs of Gordon Lightfoot in the early eighties then he must have already been a legend at that time. His place in the pantheon of music must have already been assured. I didn’t know the difference. I was singing the words with my school mates and seeing the images that his words painted in my mind.

All of this came back to me when I received a copy of Writing Gordon Lightfoot by Dave Bidini.

It somehow seems amazing and impossible that Gordon Lightfoot is still alive. How could that musical legend of my young grade school years still be strumming guitars unless he was an immortal? Maybe he is. I have a feeling that his music will be with us forever.

Listen to Sean Cranbury vs Dave Bidini vs Gordon Lightfoot.

The following excerpt originally appeared in the National Post Afterword on October 26, 2011. Two days before Dave and I would meet at the W2 Media Cafe for this interview.

Hey, Gord. This is the beginning of the letter. I’m not going to begin where normal biographies begin, because, I dunno, all of those books that go on to describe the legend playing with his toys and burning his hand on the stovetop and how his Grade Three teacher threw a ruler at him and the time he wet his pants coming home from school and what his dog’s name was and how he saw his uncle die in a horrible chipper accident and what he did when he got his first report card; I dunno. Me, I always want the writer to get to the reasons why anyone would write a book about that person in the first place. Which, in your case, is the music and the songs. Guitar playing. Words. Concerts. Radio. Canada. Mariposa. Drugs and love and booze. And other stuff. 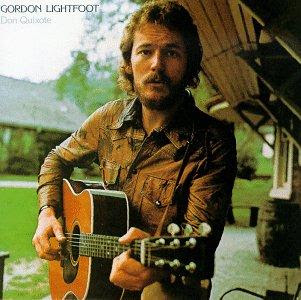 So I think we should start with me imagining you being a kid like any other pre-teen kid, sitting on the quilt at the edge of your bed dressed in ill-fitting brown cords that your mom bought for you at the Buy Right, playing a guitar that came out of a long cardboard box, trying to find great sweeping chords to match the fullness of the infinite sky, even though the sound that you made was more like sprrrngggtt! because your hands hurt and the tips of your fingers were sore but screw it: your grandparents and their grandparents and their grandparents before them had dug their mitts deep into the hard rich soil to build a life for their sons and daughters, and because they did, you sat there and you kept on playing: an A chord struck with the E string accidentally opened that released a long wide note at the bottom of the neck which made you think of a tern swallowed by the water’s horizon as your mom tapped on the door and told you, “Phone call, son. It’s Whelan,” (I know your friend’s name was Whelan because it was written in that other book about you, the one by Maynard Collins called If You Could Read His Mind, which he published 30 years ago).

You spoke to Whelan, then returned to your room where you leaned your guitar on the cowboy-wallpapered wall and slipped on your boots and walked over to your friend’s house (“Bye, Mom”), where you played board games with him at the kitchen table. Whelan said that he liked that new song by that skinny guy with the goatee, Buddy Knox, but you weren’t sure. No gulls. No lakes. No silence. You were 12, I think. Life was moving forward, though damned if you knew where.

You liked to sing and you liked to run. I did, too. Don’t all 12-year-olds? Well, maybe not Glenn Gould, but still. You went to junior choir practice at St. Paul’s United Church in Orillia. I imagine the old pastor dressed in dark robes taking you aside and telling you that you sang like an angel, and just hearing him say the word — angel — gave you a funny feeling: a soft word coming from such a severe man, a word he’d let pass through his lips and over his teeth because your voice had somehow found a place between his rib cage and heart and maybe it was then that you understood how music worked and why it had lasted forever, despite the changing world and dinosaurs and history and war and love and God.

I read somewhere that you sang high — way high — filling neighbourhood churches as the congregation swooned to the sound of your voice twirling about the moulding at the top of the church columns the way Aretha Franklin’s or Little Richard’s or Sam Cooke’s did, although you didn’t know the names of those people, not yet. Besides, their voices had been boiled in the dirty heat of the American South while yours had been born in the seizing cold, something you didn’t know, either, not yet, and maybe you’re realizing this for the first time here, but maybe not, because I have no idea whether you’re reading this.

During church service, you could see your mom and dad sitting in the pews — Mom looking proud and Dad, well, Dad just being Dad, as all dads just are — as you raised your chin with your hands hanging like scarves at your sides and you felt your diaphragm fill then empty then fill again the way your uncle worked the bellow raising fire from the hearth. At West Ward public school, they played a recording of you singing An Irish Lullaby over the public address system to your friends and classmates and teachers during Parents’ Day; pretty much the whole town standing there listening as your soprano rang through the speaker grills at the front of those dry yellow classrooms.

If your school was anything like mine — or my kids’, come to think of it — your principal was named either King or Jenkins or Arnold (they were all English back then, the principals), and what you couldn’t see was how his mien softened as he spared a moment to listen to the tune you’d learned from the prized Weavers record that you played three times a day and once at bedtime on your family’s four-in-one.

And then, a few years later, you were in Massey Hall. I played there, too. Just saying the name makes me shiver and I wonder if it still makes you shiver, having played it so many times over the years. It was the first time you sang in the big city, wasn’t it? Shuter Street. Allan Gardens. The subway. Simpson’s. Fran’s. Le Coq D’Or. City Hall. You were just down the block from Maple Leaf Gardens, where Teeder Kennedy played and where that woman used to clang her bell and yell “Let’s go Teeeeeder!” whenever he cupped the puck on his stick and charged up the ice. I know this meant something to you, Gord, because in 1993, they made you a celebrity captain of the Toronto Maple Leafs, and I also know that you used to go to games all the time in the ’70s and ’80s because Bill’s mom saw you there, just hanging out, no big deal, signing autographs and talking trade. Cathy Evelyn Smith — more on her, lots more, later — also wrote that “hockey games at Maple Leaf Gardens became part of the ritual. Hoarse from cheering, we’d trudge home to the apartment through the snow.”

I don’t know if you know it, Gord, but I love the Leafs, too. Love. I get flak for it — who doesn’t? — especially when I’m on the road playing gigs or doing book tours, but I wonder whether anyone makes fun when you’re around, being a legend and everything. Once, this dude came up to me after a show and was all gushing about our songs and our albums and our concerts, and then, before he left, he said, “Shame that you’re a Leafs fan, though.”

I think he was a Habs fan, but I’m not sure. F–kin’ Habs. Do you hate them as much as I hate them, Gord? If you’re a real Leafs fan — which, again, according to Bill’s mom, you are — then you probably hate ’em, too. Oh yeah: even if you don’t want to talk to me about music or your life, Gord, I’d be happy to sit around and bash the Habs silly. That way we could avoid talking about anything real, even though talking about hockey is realer than most things, if you know what I mean.

Excerpt from Writing Gordon Lightfoot: The Man, the Music, and the World in 1972. Copyright © 2011 by Dave Bidini. Published by McClelland & Stewart Ltd. All rights reserved.

The Energy of Slaves: An Interview with Andrew Nikiforuk

Very pleased to finally share my brief but hugely illuminating interview with Andrew Nikiforuk about his important new book, The Energy of Slaves, Oil…